This structure continued until 1932 when church leaders decided it would be more beneficial if the two unions were merged into one. Elder J. L. McElhany representing the General Conference, who chaired the session, met with leaders of the Northern and Central Union conferences at the Rome Hotel in Omaha, Nebraska,3 and made the case that the two unions would be stronger as one unit.4

This proposal was accepted and on February 3, 1932 the two unions were merged into one union named the Central Union Conference. This merger was short-lived, though, as the territory was reorganized into two unions at the union conference session in February 1937. The Central Union Reaper explained: “It was thought that by a division of the union the conferences and churches could be visited more frequently, and closer supervision could be had, which would help to build up and strengthen the work in all of the conferences concerned.”5

In 1980–nearly fifty years after J. L. McElhany first proposed a merger of the Central and Northern Unions–church leaders recommended that the two unions merge once again. The reasons for the proposed change included the economic recession of the 1970s, decreasing tithe income, and increasing inefficiency of operating small conferences within the unions. The proposed merger of the unions was thus bound together with recognition of the need for mergers to create more viable local conferences.

The Northern Union was the smallest union in North America at the time, with only 15,000 members, and it was financially strained trying to support its conference entities. The Central Union was the eighth largest with 37,000 members. Put together, the two unions would be one of North America’s middle-sized unions, and the leaders believed that as such they would be able to financially support their territory.

Prior to the reorganization, each state in both unions, plus Central States Conference, had their own conference office. Wyoming, with its membership of 2,020, was its own conference despite having fewer members than Lincoln, Nebraska’s College View Church at the time.

One of the main problems, noted E. L. Marley, president of the Northern Union, was that small conferences were finding it increasingly difficult financially to support an academy. Marley cited inflation as the source of a tremendous increase in operating costs. The two unions had conducted their own separate studies of the problem and both concluded “that the only solution to the future survival of our academies is to realign conference boundaries and thus provide a strong enough base to support not only a good academy program, but also a strong viable conference program without the special aid of small conference assistance funds which many of our conferences are having to depend upon at the present time for survival.” In order to realign conference boundaries effectively, “it would also be necessary to merge the two Unions,” Marley explained.6

When Marley published his appeal on July 7, 1980, all that was left was to convince the constituency. The Central Union executive committed had voted to reorganize the unions on May 26 and the Northern Union executive committee had done likewise on May 28. The constituency vote was taken July 14 and 15, and it confirmed the decision that the two unions would, after forty-three years of operating separately, reorganize into the Mid-America Union of Seventh-day Adventists encompassing Minnesota, Iowa, Missouri, North Dakota, South Dakota, Nebraska, Kansas, Wyoming, Colorado, and San Juan County, New Mexico.7

While the reorganization of the two unions was made to look smooth and painless in much of the reporting, behind the scenes many compromises and difficult choices were being made. The constituencies of both unions had to make sacrifices in order to create a new, sustainable union.

As soon as the new union was voted, Ellsworth Reile, first president of the Mid-America Union, set in motion the process of merging conferences. Every conference ended up being merged with another conference except Minnesota and Central States. In the only merger crossing the territorial lines of the former unions, Iowa from former Northern Union joined with Missouri from the old Central Union to form the Iowa-Missouri Conference. The North Dakota and South Dakota Conferences became the Dakota Conference. Nebraska and Kansas merged as the Kansas-Nebraska Conference, and the Rocky Mountain Conference was formed through a merger of the Colorado and Wyoming Conferences.

These mergers meant that conference offices and academies had to be closed, and staff had to be laid off. Committees were convened to make these difficult decisions and vote bylaws for the new conferences. Unsurprisingly, debates over these matters sometimes became heated. “Reile found that emotions rose highest during discussions over which academy would be saved and where the headquarters of the new conference would be located,” reported Jiggs Gallagher shortly after the merger.8

Overall, the annual savings to be realized by the restructuring was estimated at $1 million. Forty-seven salaries were eliminated in the process of the restructuring, which represented about 75 percent of the savings. The remainder came through reduction of costs for travel, building maintenance, rent and utilities.10 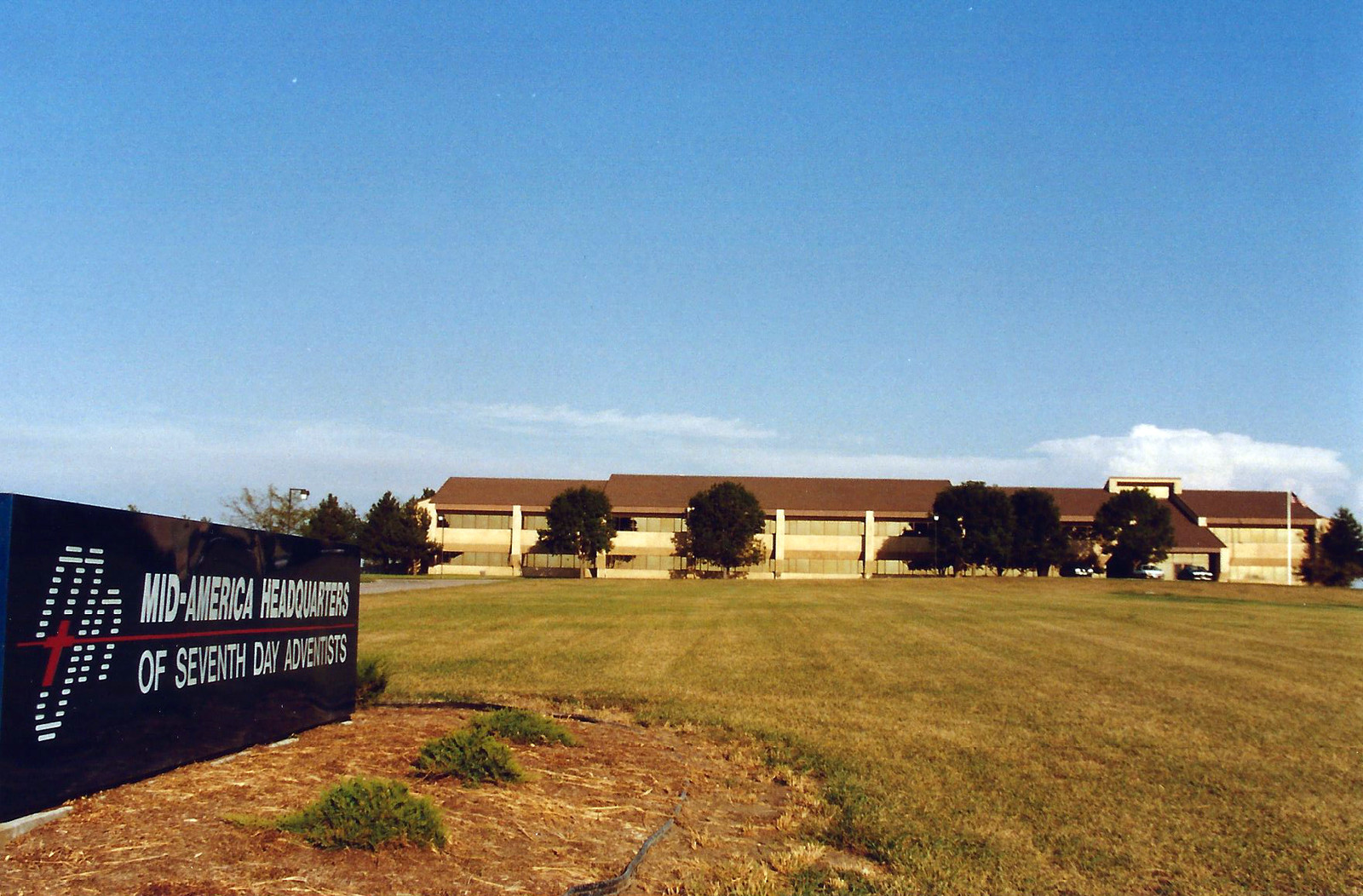 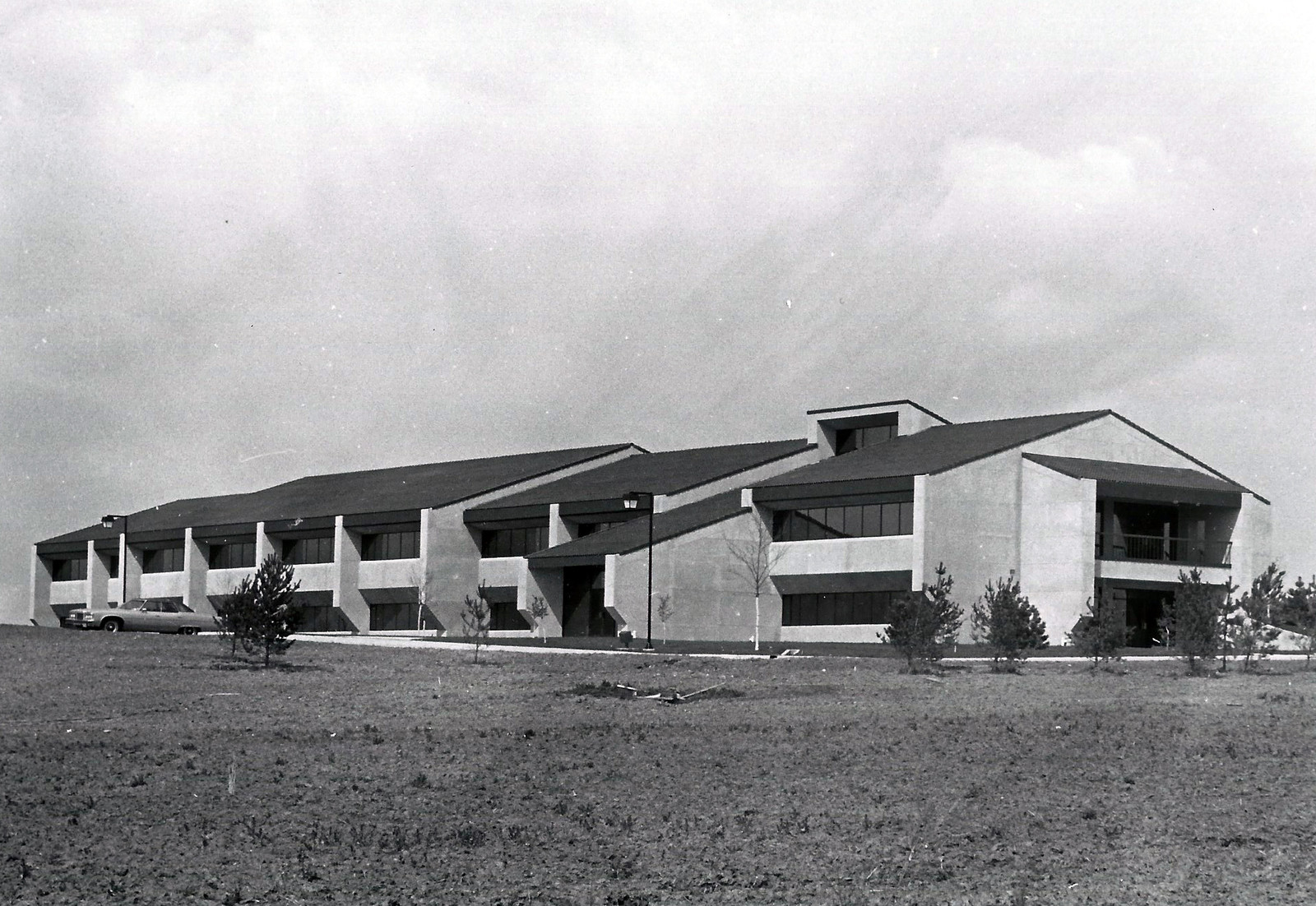 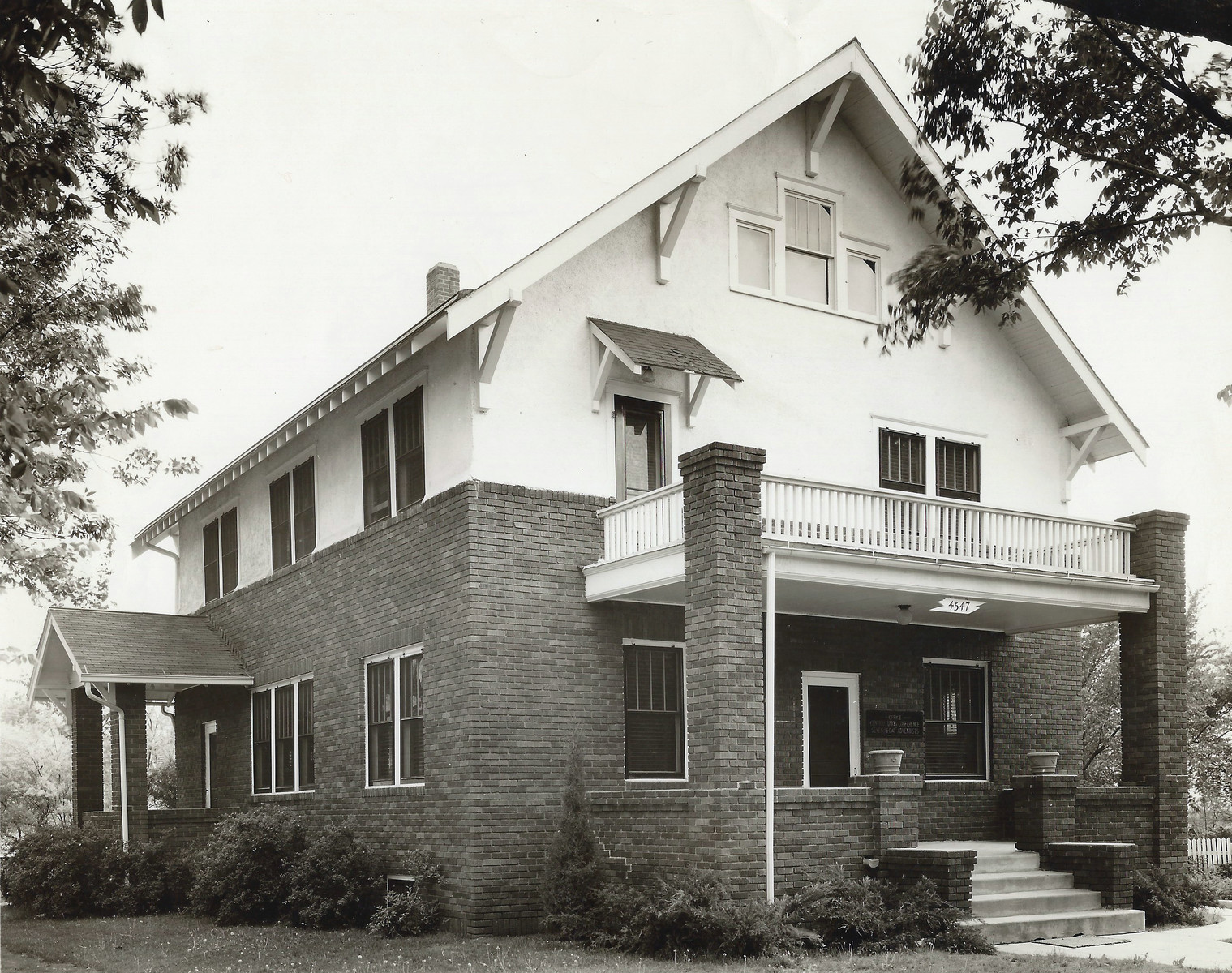 The Home Health Education Services (HHES) program was part of the union for a number of years, from the 1950s until 1993, and at one time included approximately 150 employees. Some of these worked at the union office, and some traveled, selling door-to-door Seventh-day Adventist literature by such authors as Ellen G. White and Arthur S. Maxwell. These salespersons were employed on commission by the various conferences within the Mid-America Union. The processing and distribution of their sales was handled at the union office. When the union decided to no longer manage the HHES program in 1993, the billing and distribution functions transferred to the Pacific Press Publishing Association.11

The Mid-America Union Conference leadership is dedicated to serving Jesus Christ as expressed in the beliefs and practices of the Seventh-day Adventist Church. From a desire to promote hope and wholeness, the union offers itself as an enabling, coordinating organism to enhance the ministries of Adventist entities within its territory. The union’s employees constantly endeavor to work with the utmost integrity and excellence, while exuding a grace-filled respect for all.

The Mid-America Union Conference sees strengthening its local conferences and institutions as the reason for its existence. Desiring to serve and empower through its best energies, resources, and prayers, the staff hold these central core values: collaboration, responsibility, and diversity.

The union functions as a resource center by facilitating a steady flow of leadership, communication, mentoring, and training. It examines the current opportunities and challenges, sets specific, measurable goals and timelines for accomplishing them, and holds itself accountable through an evaluation process. The Mid-America Union’s Executive Committee—comprised of 31 individuals including nine laypersons and six pastors—oversees the work of the Mid-America Union Conference. Other regularly functioning union oversight committees are the Audit Review Committee, the Compensation Review Committee, and the Constitution and Bylaws Committee.

Current strengths of the union include a high level of spiritual commitment among leadership, a strong support team, and financial transparency and stability. The union hosts a union-wide Pathfinder Camporee every five years, and provides funding for all Mid-America full-time K-12 teachers to attend the North American Division teachers’ convention held every five years. In addition, the union hosts training seminars for pastors and ministerial interns.

The large geographical territory that comprises the Mid-America Union continues to present a challenge to the coordination of union-wide events. However, each department within the union offers training at the union’s headquarters during annual Year-End Meetings in November.

One challenge that has been addressed in the past few years across the North American Division has been the push to “clean up the books,” meaning to eliminate duplicate membership entries in the eAdventist database and present a more accurate listing that reflects the loss of former members who are deceased, missing, or have left the Seventh-day Adventist Church. This initiative resulted in decreased membership totals for the Mid-America Union. However, it presents a more accurate picture.

Threats include lack of connection with the Adventist Church from youth and young adults, and a looming leadership vacuum as pastors, teachers, and administrators become eligible to retire in record numbers during the next ten years.